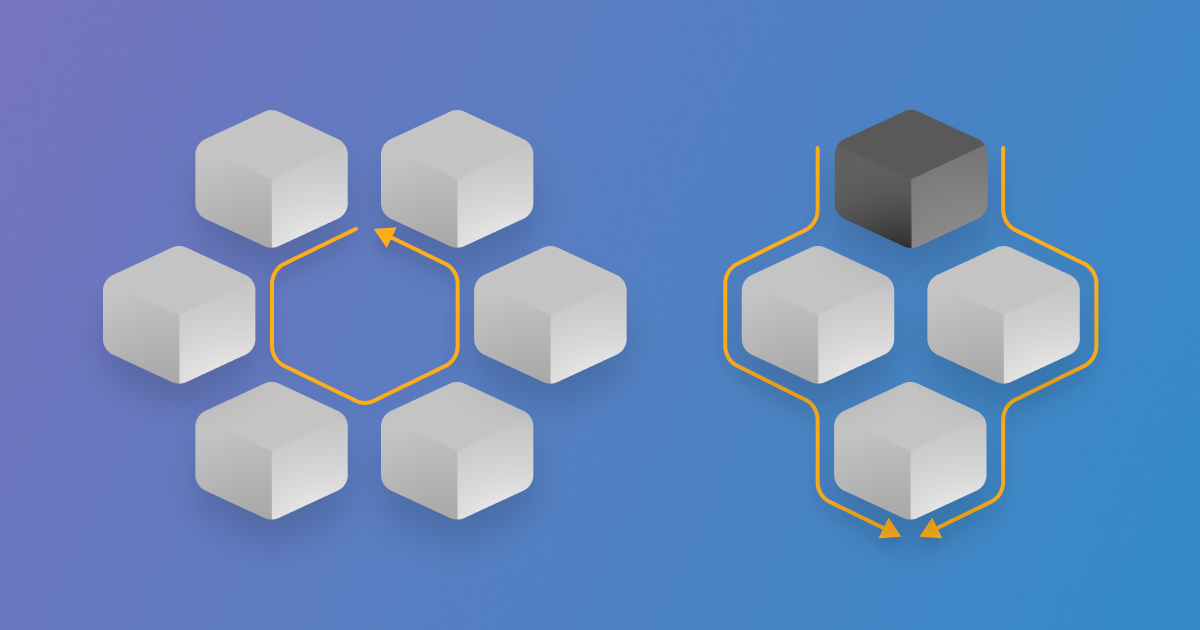 In the very first episode of this series, we defined different types of node clusters and saw that some are more tricky to handle than others.

Now that we’ve built enough knowledge around the Visitor pattern, let’s see how we can leverage them to tackle the following three problematic types of node clusters. 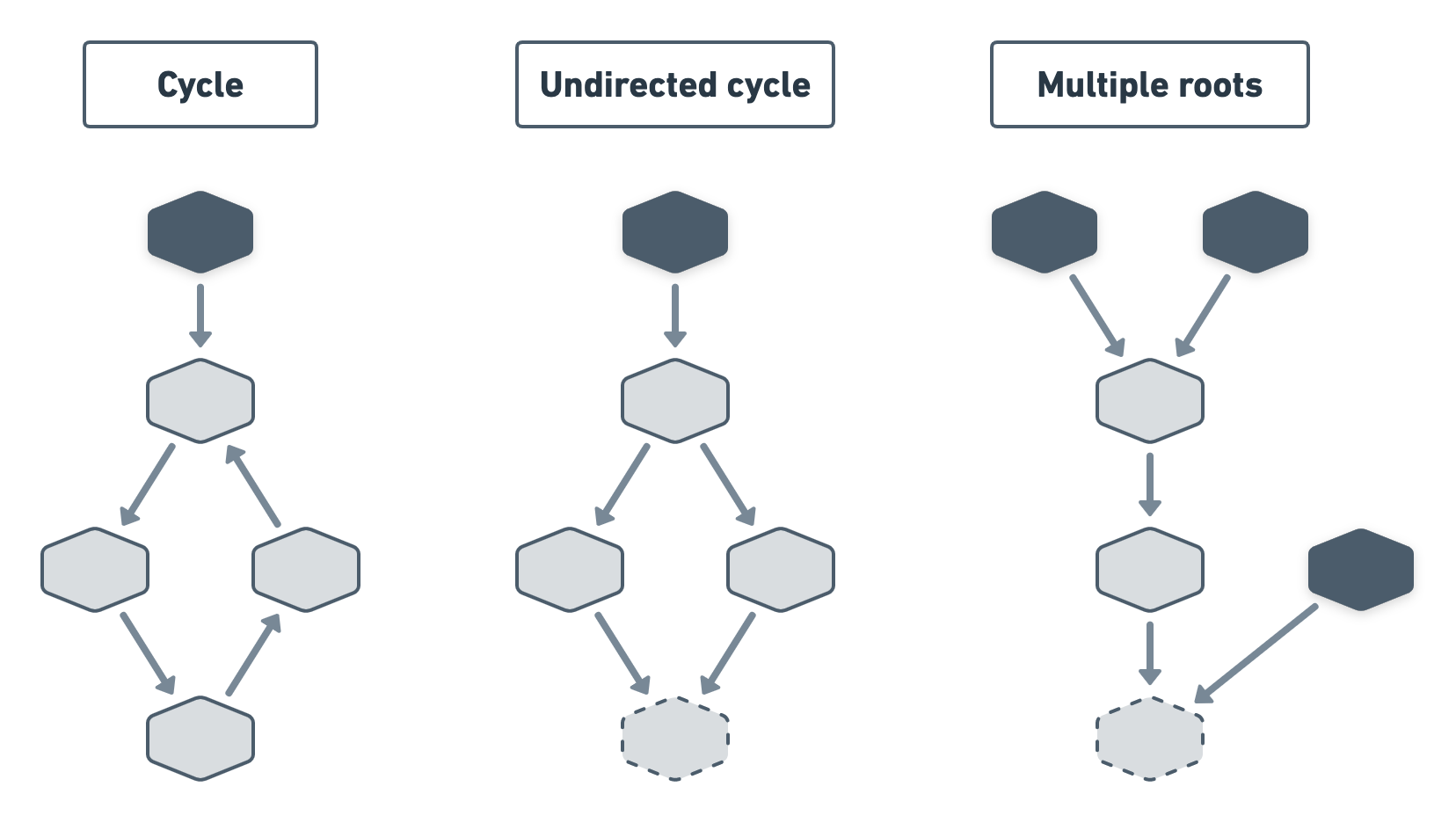 One way to tackle all of these issues is to add a layer of caching in our Visitors that ensures every node of the cluster is only visited once.

This would fix the “Undirected circle” and “Multiple root” problems since we could confidently run visitors on our cluster without worrying about the consequences of a node being visited more than one — performance issues, unpredictable results, etc.

Additionally, this would fix the “Circle” problem by preventing us from entering an infinite loop.

Okay, let’s see how we can implement this. The idea here is to create a new abstract class that implements the required visitX methods and delegate the main logic to some new visitXOnce methods.

Now, any concrete visitor that wants to ensure nodes are visited only once needs to extend the VisitOnceVisitor class and implement the visitXOnce methods instead of the visitX methods.

Okay, now how do we ensure nodes are visited only once? For that, we’ll use a $visited array that keeps track of all nodes visited so far. Thanks to this array, we can now add a check before calling the visitXOnce method that ensures the current $node is not already part of the visited nodes.

Notice how we are calling markAsVisited before we delegate to the visitNodeOnce method. That is because, otherwise, this visitor would not protect us against infinite loops caused by circles.

Now, this implementation works well but could be improved slightly.

If you look at the if statement that aborts when the current node was already visited, you’ll notice we return nothing. This would be fine for visitors with no return value but it will yield strange results for all other visitors.

A better approach here would be to capture the return value of the visitXOnce method and store it with the visited node. That way, when we identify a node that was already visited before, we can return the same value it returned when it was first visited.

And that’s all there is to it! Now, we can be confident that every node will be visited once and that the result of their first visit will be reused every time it is encountered again.

Even though our previous VisitOnceVisitor solves all of our problems including the infinite loop caused by circles, it will still likely cause unpredictable results.

If there is a circular dependency in our node cluster, it likely means that the result of each node in the circle is also expected to be infinite.

Imagine the following cluster composed of one type of node called PlusOne that can have one or zero children. That node simply takes the value of its child and add one to it unless it has no child and simply returns 1. Now imagine there is a circle in that cluster. 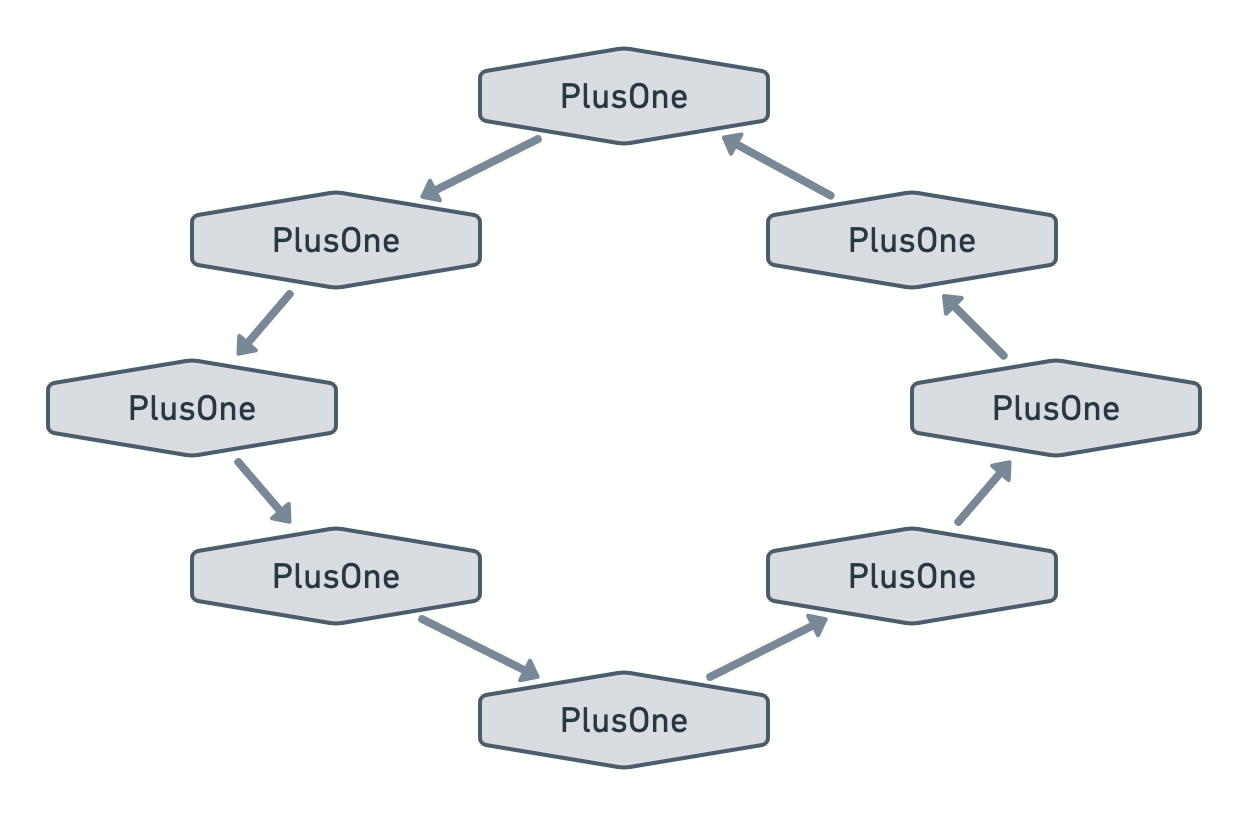 What should the values of these nodes be? Where should we start the evaluation from?

If we used the VisitOnceVisitor here, we wouldn’t enter an infinite loop but we will end up with a result that is irrelevant for the cluster.

So what can we do about it? Well, in most cases, circles are simply not desired. The fact that they can happen — e.g. users creating their own workflows — doesn’t mean that they should. Thus, we will want to protect ourselves against circles by throwing an exception when we encounter one.

So let’s implement this! We’ll start by creating a new exception class that accept an array of nodes that have been detected as a circle.

Next, we’ll create a ProtectAgainstCirclesVisitor that goes through the nodes whilst maintaining a $stack variable. The visitor pushes the current node to the stack before visiting its children and pop it out of the stack afterwards. As a result, the $stack array represents a vertical path starting from the root node and finishing at the parent of the current node.

With our $stack variable, we can now detect circles in our cluster. If, when visiting a node, we see that the node is already present in the stack, then we know we have a cyclic path in our cluster. When that’s the case we simply return the exception we created above and use the current $stack variable as an argument since we know the stack contains the cyclic path we’ve discovered.

Therefore, we end up with the following implementation.

That’s it, we now have some handy visitors we can reuse and tweak to handle clusters of nodes that are more complex than trees.

This episode concludes our "Nodes and the Visitor pattern" series. I hope you enjoyed it and learned a few new things out of it.

If you enjoyed this series, you might be interested in a follow-up series where we will create our own language using lexers, parsers, ASTs and visitors. It’s not out yet but you can follow me on Twitter to get notified when it is. 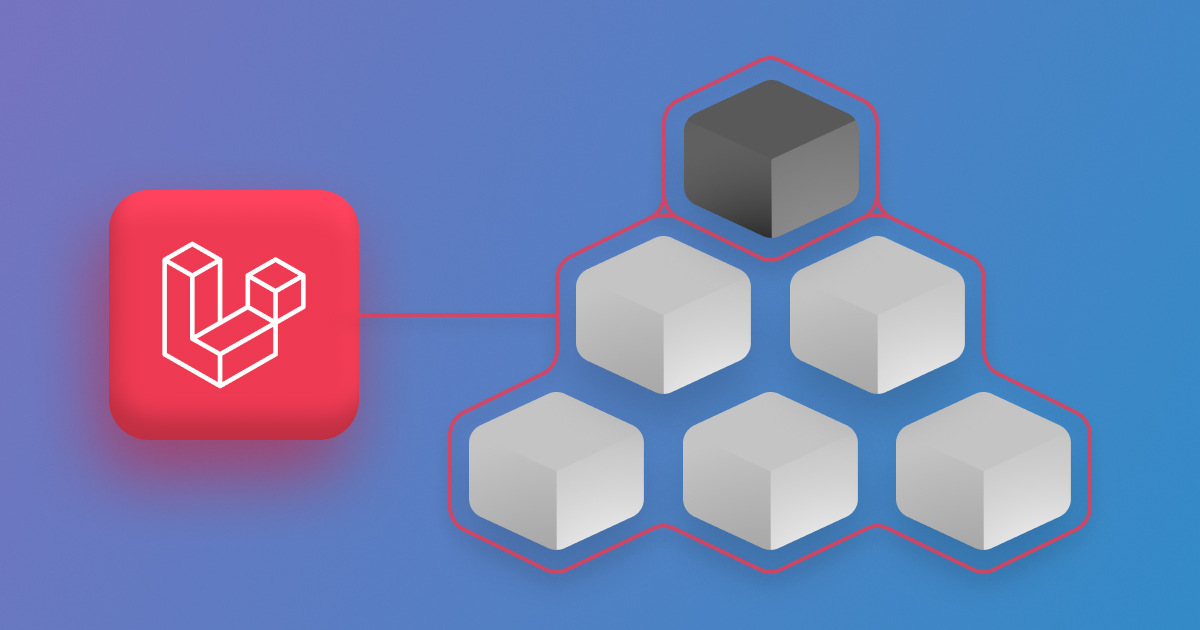