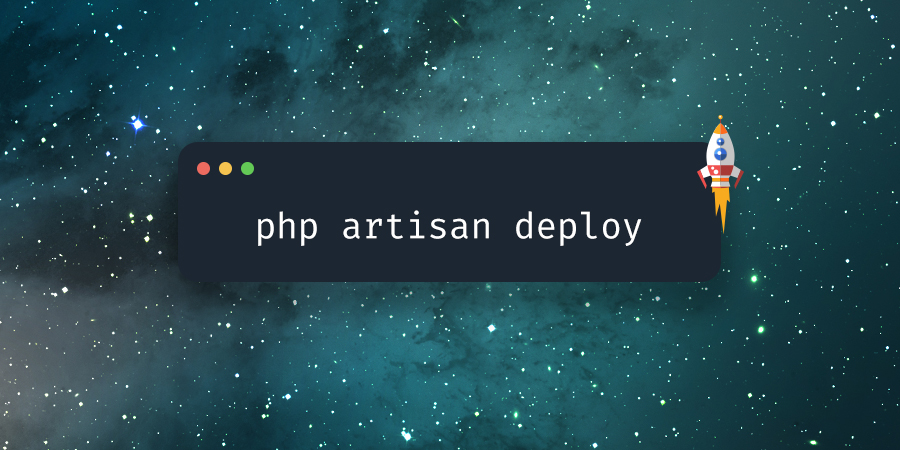 I released a Laravel package that gives Artisan the power of zero downtime deployment. Get started in three simple steps.

In my quest to have more control over my deployments, I discovered a few useful open source tools that let me achieve this with the luxury of zero downtime deployments. As a Laravel developer, Deployer.org was the most suitable and comfortable option for me. Since most of the configurations I used for my projects were Laravel specific more than project specific, I decided to extract that logic into a package and encapsulate it within our friend php artisan.

Deploying your application with Laravel Deployer is as simple as those three steps:

Whilst the learning curve of Deployer.org is already very light, Laravel Deployer provides a documentation tailored for Laravel projects.

Laravel Deployer also provides extra tasks and set up options relevant for Laravel deployments. For example you can use the --forge flag when creating your configuration file to help you set up the deployment of a server maintained in Laravel Forge. You can migrate your database, build your assets via NPM, terminate horizon gracefully, reload php-fpm and of course create your own tasks to customize your deployment flow.

With Laravel Deployer, Artisan can now leverage the full power of Deployer.org without requiring your developers to install any global dependencies.

Once you’ve set up your deployment hosts you can even use the shortcut php artisan ssh to connect to your server.

I hope this package will save you as much time as it will do for my future projects. Contributions and feature requests are more than welcome to ensure more of us can deploy with minimal configuration steps.